It’s never a bad idea to keep an eye on the amount of energy that the appliances in your home are using. If you’re using a space heater, for example, you might want to stop and look at how using that device is impacting your energy bills. Fortunately, it’s possible to figure out not only how much energy the device is using, but also how to minimize its impact on your budget.

Determining the Amount of Electricity Your Space Heater Uses

To figure out the answer to this question, you’re going to have to know the wattage rating of your electric space heater. This is easier to figure out when you’re using a single-setting heater, of course – you’ll know roughly how much electricity it is using whenever it is working just by looking at the wattage rating. In most cases, a single-setting heater is going to pull about 1500 watts, but tiny heaters could pull as little as 200 watts. There are, of course, also giants that can pull up to 4000 watts of power, but these aren’t generally the types of heaters that you’ll find at home.

If you’ve got a unit with multiple settings, you should note that the ‘high’ setting is usually the same as the wattage rating, while the ‘low’ setting is either half or two-thirds of that rating. If you have a 1500 watt heater, then, that low setting is probably 750 watts per hour. If your unit has three settings, though, you can reliably look at the usage in thirds – 500, 1000, and 1500 watts for a 1500 watt heater.

How Much Space Will My Heater Heat?

When you’re figuring out how big of a heater you’ll need, you’ll need to think about how insulated the space that you’ll want to heat actually is. if it’s got poor insulation, you’re going to need a bigger heater. An insulated space, on the other hand, retains heat better and thus will allow you to get away with something that’s probably a bit smaller.

The general formula used for the former type of heating situation is ten watts of power per square foot of space that you want to heat. If you’re heating a five by ten bathroom, for example, you’ll need at least five hundred watts but you’ll need seven hundred fifty watts for a small bedroom. Generally speaking, this means that you’re always going to want to use a bigger heater when you have a bigger space.

When you put insulation in play, though, things get a little easier. Instead of trying to calculate square footage and wattage, you should be able to rely on the room size suggestions that are on the heater’s packaging. With that said, insulated spaces can usually get by with smaller heaters if only because you’re not going to have to worry quite as much about constantly raising the heat that’s lost.

Does Convection vs. Infrared Really Matter?

Of course, the efficacy of your heater – and the energy it uses – is also going to be impacted by whether your heater is a convection heater or an infrared heater. Knowing the difference actually matters more than you might think.

A convection heater is probably the type of heater that most people think of when they think of space heaters. These ceramic or metal heaters make use of a central heating element and a fan that blows hot air around the room. An infrared heater, on the other hand, uses infrared energy in order to heat up the things and people in its path. These units use the same basic kind of energy as the sun, and they can do a great job of heating up space quickly without a fan.

So, how do you do the math on figuring out the energy usage of a space heater when you take the types of the heater into account?

The good news is that you don’t have to make any changes when you’re dealing with a convection heater. The formula above was created with this type of heater in mind, so you’ll still just assume ten watts per square foot. Infrared is a little different, though – you’re looking strictly at size, not watts. These units are actually rated for size, so look for something that’s rated for the size space that you need to heat.

The Big Question: What Does This Mean in Dollars and Cents?

So now you know how much electricity a space heater uses and what impacts that usage. What you might need to know, though, is how much that’s going to cost you. To do that, you’ll first need to figure out how many kilowatts you’re using per hour.

Your utility company probably charges you by the kilowatt used, not the watt. Therefore, you’ll convert from watts to kilowatts by dividing the number of kilowatts by one thousand. That means that if you’re using a 1000 watt unit, you are using about one kilowatt of energy per hour.

Now you’re just going to use this number to figure out how much you’re getting charged. To do so, you’ll look at the amount that your energy company charges you per kilowatt-hour used.

Let’s say that you’re paying about eleven cents per kilowatt-hour. That’s squarely a mid-range price and a good whole number from which to work. Since you know that your 1000 watt heater uses about one kilowatt of energy per hour, you now know that your electric space heater costs you about eleven cents an hour to run. If you run it all day, it would cost you about two dollars and sixty-four cents. Running it twenty-four hours a day, three hundred sixty-five days a year would cost you just over nine hundred thirty-six dollars.

Now that you know the formula, it will be easy to figure out what electric space heaters cost you. It may not cost much to run for an hour or two, but now you can be aware that those costs really do add up.

1. Do space heaters use a lot of electricity?

No, space heaters don’t really use that much electricity – at least, not small ones. A two hundred watt space heater, which is something that you might keep in a small office, is going to use around a fifth of a kilowatt per hour, which is definitely not any more than any other device that you might have plugged into the wall.

2. Is it cheaper to run a space heater or electric heat?

4. How much does it cost to run a space heater for a month?

We can just use the same formula from above to get this answer. If we know that it’s going to cost $3.96 per day to run a 1500 watt space heater, we just have to multiply that number by the number of days in a month. This means that it will cost somewhere between 118.8 and 122.76 to run the unit for a month. 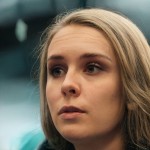 Leslie is a professional writer and product researcher that specializes in home heating products. From space heaters to permanent fixtures, she knows the ins and outs of the products that keep our homes warm and cozy.