While having a fire in your fire pit is great, the last thing you want is for that fire to spread to any other area. Unfortunately, the sparks that are given off by fire pits can easily spread, which can cause fires that not only damage your property but that could cause you to be liable for damage to the property of others. This is why it is always important that you have some kind of fire screen in front of any burning fire.

A good fire screen is a fantastic tool for ensuring that the sparks from your fire don’t spread further than you’d like. This helps to prevent unintentional fires from starting and gives all of your guests an added degree of safety when your fire pit is in use. Even better, these pits are incredibly easy to make on your own so you won’t even have to worry about incurring a major cost in order to create a safer fire pit.

Building a fire pit isn’t tough, but it does require some forethought. You’ll want to think about what kind of materials you’ll need and what kind of work you’ll need to put into the construction. The great news, though, is that assembling one of these products is cheap enough that even getting a single year’s usage out of what you build is more than going to give you a return on your investment.

If you’re ready to build your very first fire pit screen, you’ll want to follow the steps below.

How to Build a Fire Pit Screen

The great thing about building your own fire pit screen is that you really get to make something that fits your fire pit perfectly. To pull this off, though, you’re going to have to measure. You’re going to need to figure out not only what the shape of the pit is, but how much material you’re going to need to surround it fully. As always, measure twice so that you can get as accurate a number as possible. If you can’t get an accurate measurement, always err on the side of going a little bigger.

Step Two: Buying the Base

The starting point of this project is going to be the base of your screen. Generally speaking, you’re going to want a metal ring that conforms to your measurements of the pit’s circumference. Some people swear by going with iron for this part of the cover while others swear by stainless steel, but the actual metal is much less important than the fact that you’ve got a large enough ring for the project.

This is probably the trickiest part of creating your own screen, especially if you’re not used to welding. With that said, it’s a remarkably straightforward process that’s going to allow you to create an exceptionally safe screen for your fire pit.

Start by purchasing two strips of sheet metal. Each of these strips should be about one inch wide and they should be about eight inches longer than the diameter of the fire pit itself; if the pit is 36 inches across, for example, you’ll need your strips to be about 44 inches long.

Your goal with these strips is to weld them to the ring, with each strip placed perpendicular to the other. This will result in your being able to form an ‘X’ when they cross over one another. The final product will about seven inches tall.

For this step, you’ll need hardware cloth. If you’ve never seen hardware cloth before, it’s simply a tightly-weaved, metal or plastic product that looks an awful lot like a better version of chicken wire. In this case, you’re going to want a metal cloth with an opening that’s no more than about an eighth of an inch.

You’ll take this cloth and drape it over the frame that you’ve made from sheet metal. The mesh is what’s going to stop the sparks from coming out of your fire pit, so make sure that you’ve got it solidly in place and that you have enough of it to stretch over the entire pit. Take your time with this step, as any mistakes here are going to ruin the utility of the screen.

Now that you have your mesh in place, you’re going to loop it under the bottom of the base ring. Bring the mesh back up and over, then use a metal wire to hold the mesh in place. It’s vital that you use metal here, as you want something available that’s not going to melt due to the heat of the fire.

When you’re done with this step, you should have a spark screen that’s covering up the entire dome that you’ve made and that won’t move even when you tug on it. Once secure, it should stay that way for quite some time.

The last major construction step is to simply create a piece at the point where the two metal strips meet at the top of the screen. This will give you a spot to use as a handle going forward, which will make this much easier to move around as needed.

Finally, you may want to paint your screen. Most people recommend using black paint here, but honestly, any color is going to be fine as long as it is rated as fireproof. Your goal here isn’t really to make something pretty, but rather to ensure that the metal of the screen is protected. Even fireproof paint will slowly chip away, though, so make sure that you repaint the screen from time to time in order to keep it functional and safe.

Firepit screens definitely work, at least as long as they are properly made. You’ll need to ensure that your screen is at least as wide as the pit itself and that the mesh that surrounds the screen is at least an eighth of an inch wide. Doing this will give you the security you need to keep using your fire pit without having to spend too much time worrying about errant sparks, though you should never leave a fire pit burning unattended even if that pit does happen to have a safety screen around it.

2. Can I make a fire pit in my backyard?

Yes, you can make a fire pit in your backyard. Doing so is relatively easy, as long as you have a shovel, a level, and a few other items. Your goal should be to dig a fairly wide pit, then to line the bottom of that pit with sand, a fire pit ring, and some kind of fire-resistant material at the bottom. While you can definitely grab a kit to do this job from many stores, you can do the job much more cheaply by going out to a hardware store and buying all of the materials yourself. 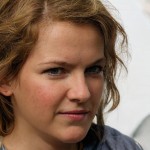 Susan has been working on outdoor home design for five years and counting. She has an eye for style and a drive for functionality. She knows what makes products not only look good, but user-friendly and built to last a lifetime.